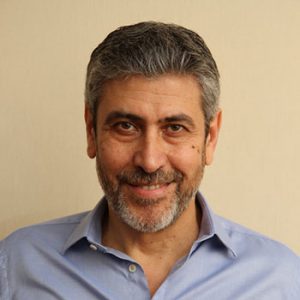 This year, the World Federation for Mental Health (WFMH) has decided to make "suicide prevention" the main theme of World Mental Health Day.

Suicidal behavior has existed throughout human history, but due to several complex factors, it has increased gradually in all parts of the world and, in the past few decades, has reached alarming statistical levels.

While the WHO has made suicide a priority issue for a number of years, it is important to emphasize that it is a topic that has attracted the interest of most fields of study for centuries, which is why it has been explored by philosophy, religion, medicine, sociology, bioethics, law, and psychology, among other fields.

According to the WHO, more than 800,000 people die by suicide a year, making it the principal cause of death among people fifteen to twenty-nine years old.

It is often believed that it is only adults who exhibit suicidal behaviors, but it should be made known that many children and young people engage in this kind of behavior as a result of violence, sexual abuse, bullying and cyberbullying.

Suicide is a global public health problem that deserves the attention of all the actors in the field of mental health, including scientific and professional organizations, organizations for mental health users and their families, and universities. It deserves particular attention from national health authorities, since it is their responsibility to craft policies and directives aimed at establishing strategies to prevent suicide and promote the public's mental health. The role of both print and audiovisual communication media and of social media is no less important, since their participation can have positive as well as negative effects, depending on how they address this subject.

There are numerous complex factors that contribute to a suicide, but what is most important is that all of our actions must be geared toward prevention. Accordingly, it is important that trans-sectoral and interdisciplinary action be taken by all of the actors involved.

But what is suicidal behavior? The best-known definition, and, in my view, one of the clearest and most widely circulated, is the one that Durkheim articulated in his famous work Suicide. In effect, in this book, the author defines suicide as a term "applied to all cases of death resulting directly or indirectly from a positive or negative act of the victim himself, which he knows will produce this result."

The object of making suicide prevention the theme of World Mental Health Day in 2019 is to attract the attention of governments so that the issue might be given priority in public health agendas around the world.

Getting people to talk about a subject that tends to be taboo and about which many hold mistaken and prejudiced ideas will help the community to learn about the risk factors so that they can identify and learn to address them.

I reiterate: suicide is preventable and can therefore be avoided, which is why all of our efforts and public policies should focus on prevention. However, oftentimes, people who suffer from mental illness lack access to mental health services, sometimes because there are no services in their community and sometimes because they must wait months to be seen.

This is just one aspect of the subject. Over the course of the year we will be adding reports and documents that aim to provide tools not only to professionals but also to the community as a whole so that they are prepared to detect and address the issue.
We need everyone's help, which is why we hope to receive contributions not only from the community but also from organizations made up of mental health users and their families so that we can share our experience of and knowledge about an issue as important and painful as suicide with each other.

We invite you to join the campaign for Mental Health Day 2019 and, to make a big difference all over the world to this very important issue.

The planning of events throughout the year in every corner of the world would be a big help, but especially on October 10, when World Mental Health Day is celebrated. We thank you for using our campaign logo to further our objective of giving more and more people access to this information.

Send us your documents, photos, and videos for sharing on social media and on our web site.

Best wishes, and let's get to work!